“Where are we Lionel?”

“We’re at the MAC, Belfast, for Stage 5 of the Cycling Podcast Live Tour.”

The first half was essentially an opportunity for the Cycling Podcast team – Lionel Birnie (Sports Journalist, who has been covering the Tour de France for 20 years) Richard Moore (Sports Journalist, Author and former Racing Cyclist, who has competed at the Commonwealth Games and also the Tour of Ulster and Tour of the North) François Thomazeau (French Sports Journalist, who has been covering the Grand Tours for over 30 years) and of course local favourite Orla Chennaoui (the Draperstown-raised face of Eurosport coverage of cycling events) – to reflect on the highs and lows of the last 2 seasons. Each presenter read a short extract from their new book – The Grand Tour Diaries – which led to further discussion of a range of issues. 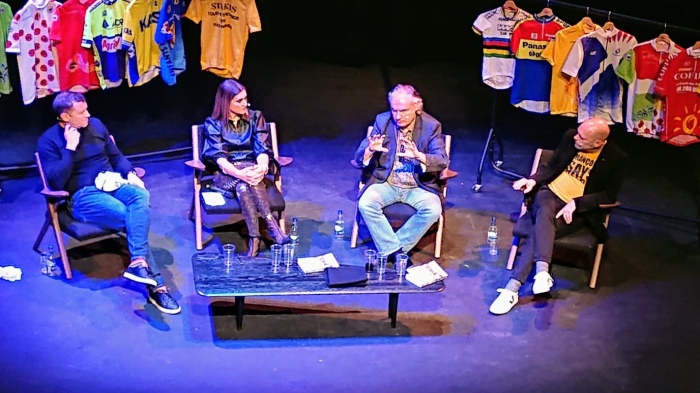 For me personally, one of the highlights was the conversation surrounding Stage 19 of the 2019 Tour de France, where the stage was ‘cancelled’ due to a freak change in weather, which caused a landslide to block the route. I can remember watching the coverage (while taking part in my own ‘Grand Tour’ in Omagh) and it was very interesting to hear how difficult it was for the journalists to cover what was taking place and to provide accurate information (although regular listeners to the Cycling Podcast will know they only aim for 60% accuracy). It was also very touching to hear François’ account of seeking out Thibaut Pinot, who had tearfully withdrawn from the same stage, while closing down on the GC and also suffering the pain of a torn quadricep, sustained on stage 17. François ended up in a lift with Pinot just after the press conference, but showed a rare moment of compassion from a journalist, offering some words of encouragement rather than landing an exclusive interview. 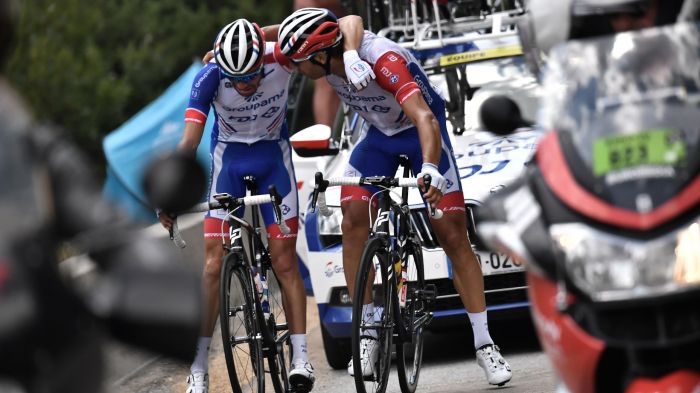 After a short interval, the panel returned to the stage to answer questions from the audience – some had been submitted on paper during the interval, but they also opened the floor to questions. It was at that point we realised how far some people had travelled just to attend the show – there were Scottish and English accents, a group from Cork, a question from a French man (which only François could understand) and a few men from Berlin sitting next to us. The Q&A session raised a number of interesting talking points – What’s next for Mathieu van der Poel? Is Dan Martin really Irish? What was in ‘that jiffy bag’? 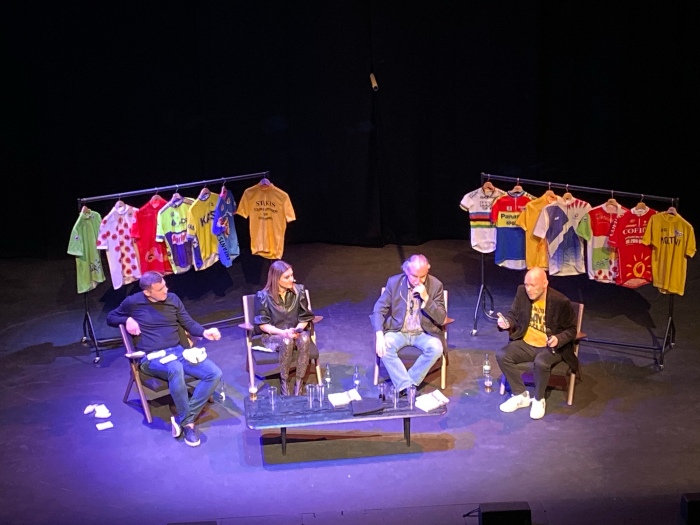 Inevitably, discussion turned to the current court case involving Dr Richard Freeman. At this point however, the session was sadly hijacked by a number of individuals who tried to claim the Cycling Podcast was ‘sitting on the fence’ on this and several other issues. Despite a very clear rebuttal from the panel, these individuals selfishly would not let the matter drop and took a lot of time repeating the same stupid questions, leaving little opportunity for further humorous anecdotes.

All in all though, a great time was had by all and I think each of us would highly recommend this if the team was to return to Belfast in the future. Thanks to Tim for organising this for us. 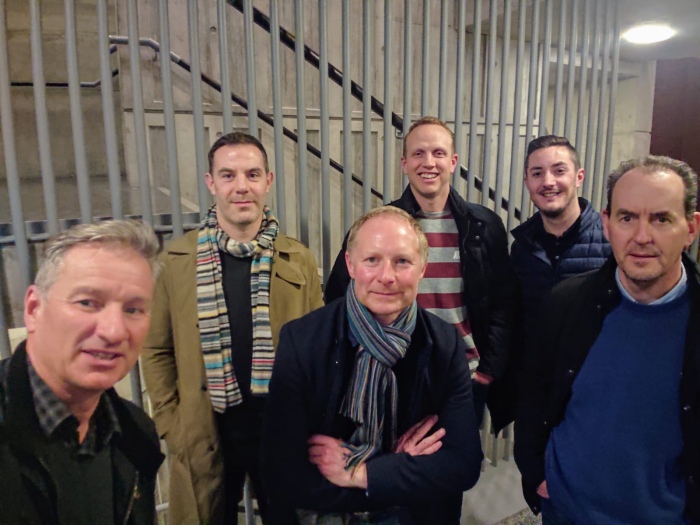