The VCI Awards Dinner was held on Friday the 24th of November in Rices Hotel Poyntzpass. It was a chance for all members to get together for a bit of fun and talk about the season passed and also who beat who and who thought they were the best! 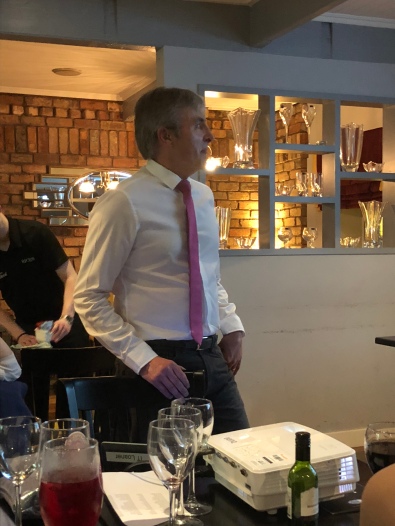 Our host for the evening was VCI’s Chairman Sir David Cartmill who every year brings a projector and puts together a slide show of pictures of members taken over the season, be it racing, sportive  or just general club runs they are all in there.

Before Davy was let lose the dinner was served and Rices food didn’t disapoint, starter, main and dessert was on the cards and from looking around there wasnt much left on the plates.

Around 9pm once everyone had eaten we let Davy lose and after some funny pics it was time for the awards to be announced, Neil Seffen was recruited to hand out the trophies and prizes.

First up was the vci race league winner and this year it was a tie – Mark Johnston & Johnny Burns. 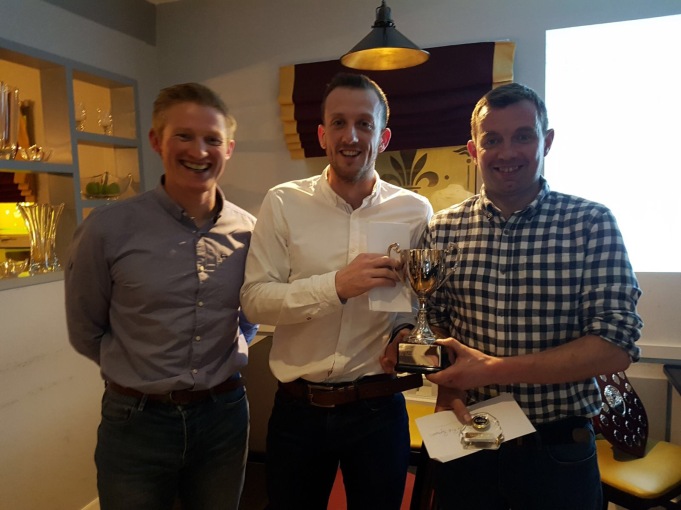 Next up the summer league, point were gathered up over the year of who went on what club runs, the winner by a mile was Mervyn Mckeown. Before Mervyn got sitting down he was up again to claim another award of Club Person of the year. This award was to recognise the outstanding contribution of a VCI member over the previous year, Mervyn had been the driving force behind sofa to saddle which helped complete novice riders become more experienced cyclists and they also became members of VCI – well deserved award. 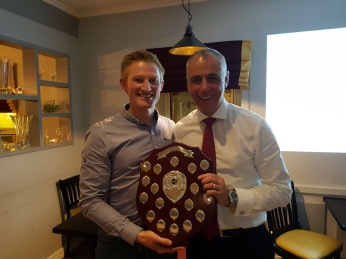 Staying with the Mckeown only this time it was Wendys turn, Wendy received most improved rider, Wendy was part of the Sofa to Saddle crew and had improved massively over that time so the award was well deserved. This Trophy was supplied by Glint Glass Interiors 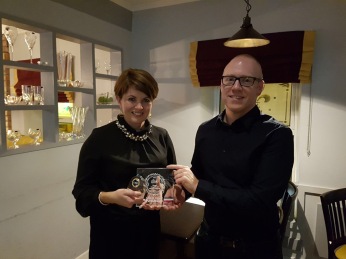 Last but not least was Club Rider of the year, this award was to recognise the accomplishments of a VCI member represent the club whether it be racing or leisure. The winner was Mark Johnston who showed a massive improvement over the previous year in road racing and time trials beating time from last year by over 2 minutes. 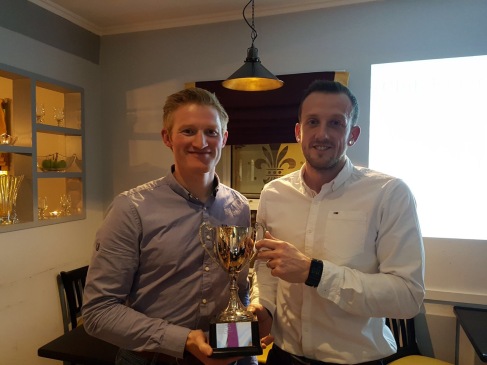 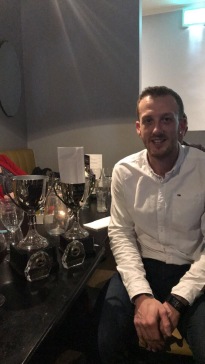 Before closing we would like to thank Rices Hotel Poyntzpass for their hospitality, all VCI members for attending and congratulations on your awards. Also not forgetting our Chairman Davy who had put together a brilliant slide show and hosting the evening.

onwards and upwards into 2018 #bigthings