Over the last few weeks Velo Club IVEAGH like so many other clubs have been involved in the opening salvo of Cycling Ireland’s Open Level Racing.

As all cyclists will know, crash potential is always there on every ride, whether competing, training, on a leisure ride or Sportive. Hazzards are there in abundance and it’s easy to get caught out on many of the frequent causes, such as greasy or wet surfaces, potholes or loose gravel.

With competition howevr and all those involved, looking for that perfect wheel to spring board them to victory, there comes greater risk of crashes.  Additional risks such as those associated with, speed, aggressive riding within close proximity and the occasional unexpected or erratic manouvre by fellow competitors.

As races progress and like the Pro”s the bunch sprint beckons, crashes have now become almost too regular, with wheel touches often the cause. The change of speed is often the origin, as riders move to cover attacks, or the pace simply reduces often unexpectedly, even moving to seek protection from the wind can produce  an impact whether directly or further back in the group.

Sadly several of our riders have already been down this year, in both training rides and in racing. As a positive however, but for their personal pride, no one’s been hurt badly, just the usual cuts and bruises. As a point of learning, this has prompted us to remind our riders of the value of insurance cover and we thought it would be useful to acknowledge and share some of the information surrounding one members insurance experience. 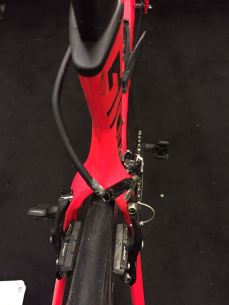 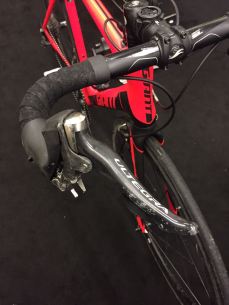 It is fair to say that most riders are dependent on the coverage given by Cycling Ireland membership, in essence third party liability, which also gives limited cover for personal injury. With the absence of cover for bike damage repair in the Cycling Ireland membership benefits, For those racing, this simply isn’t enough. Given the increased risk and cost of bikes and equipment associated with the cost of replacement or repairs additional cover is surely a must.

With several companies now specializing in cyclist insurance and offering tailored cover, several of our club members have now taken insurance to give themselves piece of mind particularly when racing.  Highlighting one of  our members whom crashed just last week, we thought it would be useful to share some background and benefits of his hind sight.

In this example having been recommended, our member is insured with ETA Cycle Insurance. The cover provided insures him against theft, accidental damage and even vandalism. It also covers competitive racing more importantly and gives additional benefits for personal accident cover. His cover in this example is priced at £20.68, though you can build the insurance to suit your needs, with extra bikes etc. The policy is then renewed on a monthly basis.

As an demonstration of this companies efficiency and clearly they may differ from other companies, in our example our member crashed at a road race on a Saturday and in the evening completed an online claim form. The insurance company then requested further Information on the Monday including, photos of damage, proof of bike ownership (So keep them receipts) and a quote for damage repairs. With the bike left into Velo Cafe Magison in Belfast and the damage all assessed very efficiently, all was completed without fuss and an email was received within a week to confirm a cheque would be sent out to cover repairs. In this example the cost of repairs was £660 caused by a wheel touch, with a rider in front slowing down for what seemed no apparent reason on a fast sweeping road.

We highly recommend and encourage additional cover, particularly for those competing, but also as a measure of assurance against increasing bike theft. A simple search for your required criteria will help you on the way to piece of mind, with ETA cycling insurance certainly worth a look.