Sometimes news articles are better late than never, this is most definitely the case with this one. One of our youngest and most exciting riders has just taken the massive step up from A3 to A2, in recent weeks Dan Gordon has taken that step, gaining the points required with some fantastic race results. It’s probably no surprise to most of his VC Iveagh club mates as we have experienced his power even on so called ‘leisure days’ when he simply rides out the front on those torturous climbs. Everyone at the club would like to take this opportunity to wish Dan all the best, we’ve seen what he is capable off and know the step up will be no problem to such a capable rider. All that’s left to do is let Dan sum things up in his own words and I’ve no doubt we will be back chatting with Dan later in the season getting his perspective on how the transition went…

Dan Gordon:
It is with great shock and yet with a sense of relief that I am now an A2 rider! Never would I have thought when I rolled up to the start line at a freezing cold Annaclone GP race in February that two months later I would be officially A2.

It all came round rather unexpected as I had initially thought that I still needed to get another few points, but after an email or two with cycling Ireland it was confirmed I was now actually an A2.

What lies in store for me I cannot tell, I’m not expecting it to be easy, however I’m hoping it won’t come as too much of a shock as I’ve raced against a lot of these boys before. What does trouble me is some of the names in the category above who I have to negotiate, but that’s all part of racing. As Neil Seffen often says ‘if it was easy everyone would be doing it’.

I would like to take this opportunity to thank so many people who have helped me get to where I am today. No doubt I will leave a few people out accidentally so please forgive me. First of all to all at VC Iveagh who have rallied around and have been so supportive. Also to club sponsors who have enabled us to have the best kit around and equipment etc. And many others, a big thank you. 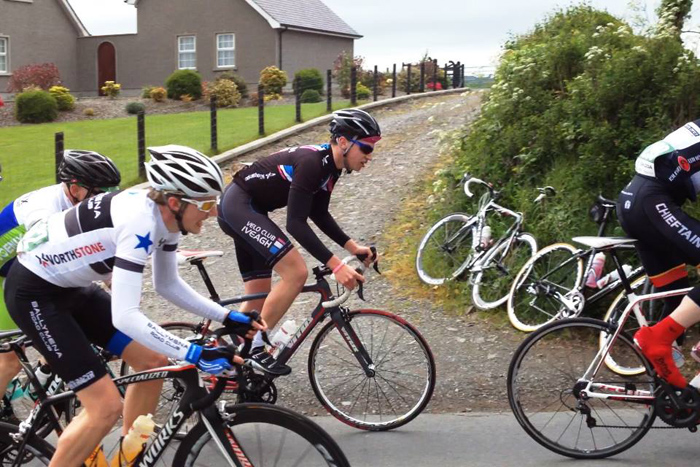